I apologize. It's been a while, but I've been working on a project that has been on my mind for years, and I wanted to talk about it. Some time ago I saw an image of a cello player by the late Don Blair that I really liked. Then my friend and mentor Michael Taylor told me how he had photographed the principal players of a symphony to promote them. It hit me to photograph the principal musicians of the Murfreesboro Symphony Orchestra at important spots around the county. It took a lot of time explaining my idea, and planning it, and getting permissions. It took about 7 months to complete, and here it is! As many of you know I went to college (FSU) to be a band director. However I changed courses to be a photographer, so I have a special place in my heart for musicians. I thought it would promote the orchestra, which is one of Murfreesboro's best kept secrets. They are wonderful! Photographers: I have posted how each shot was done by the portrait. 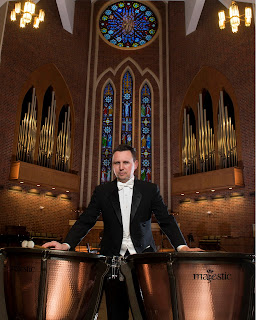 4 strobes, 1 in a softbox over the musician, two kicker lights behind him, a strobe on the altar wall. A large reflector to get light under the tympani. Two exposures; 1- 2 hours before to get the sunlight through the glass, and the second when the musician arrived. 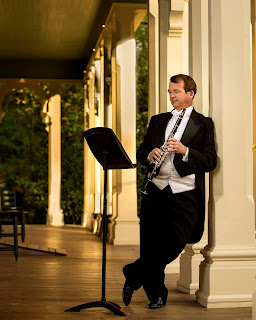 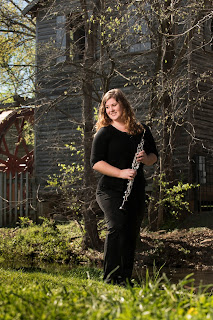 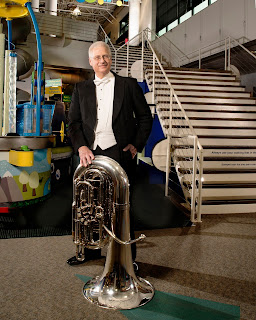 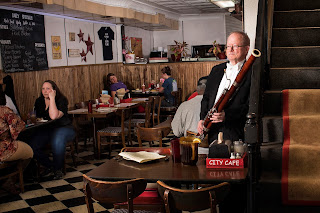 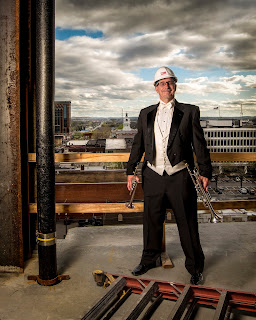 1 large softbox camera left, underexposed background for saturated colors, ( I would have used more lights, but there was no elevator!) 3 exposures combined;  sky, trumpet player, and city. 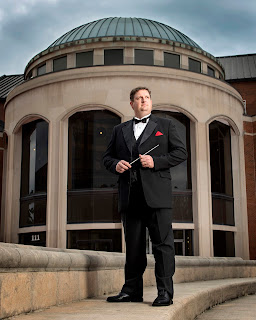 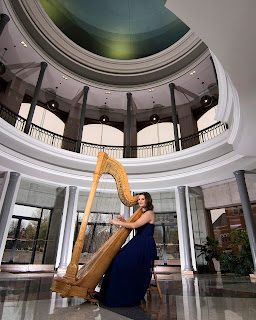 5 strobes total. 1 with a grid on her face,1 umbrella fill, 2 grid spots on ceiling, 1 pointed at background. 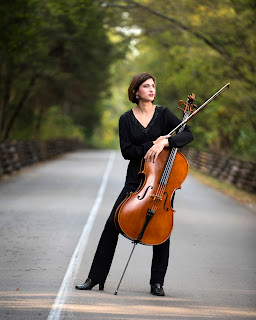 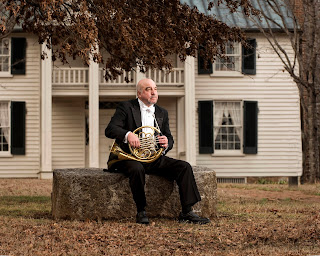 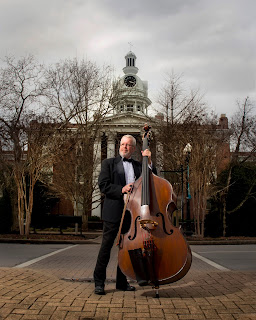 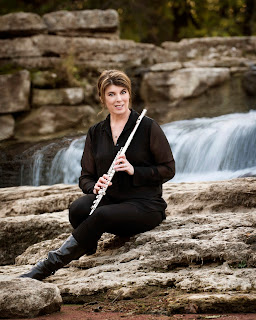 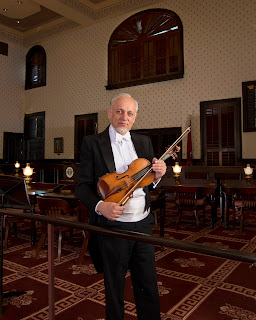 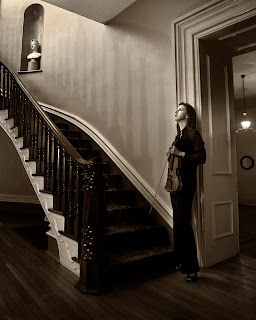 3 Lights. 1 small softbox coming down the stairs, I fill behind camera. 1
under stairs. Tripod 1/4 second 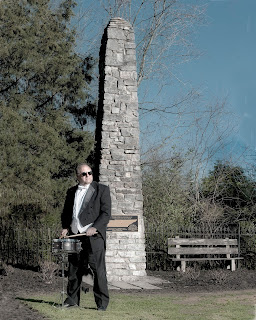 The SUN! Put sunglasses on so he wouldn't squint!
Posted by Unknown at 8:56 AM 2 comments: